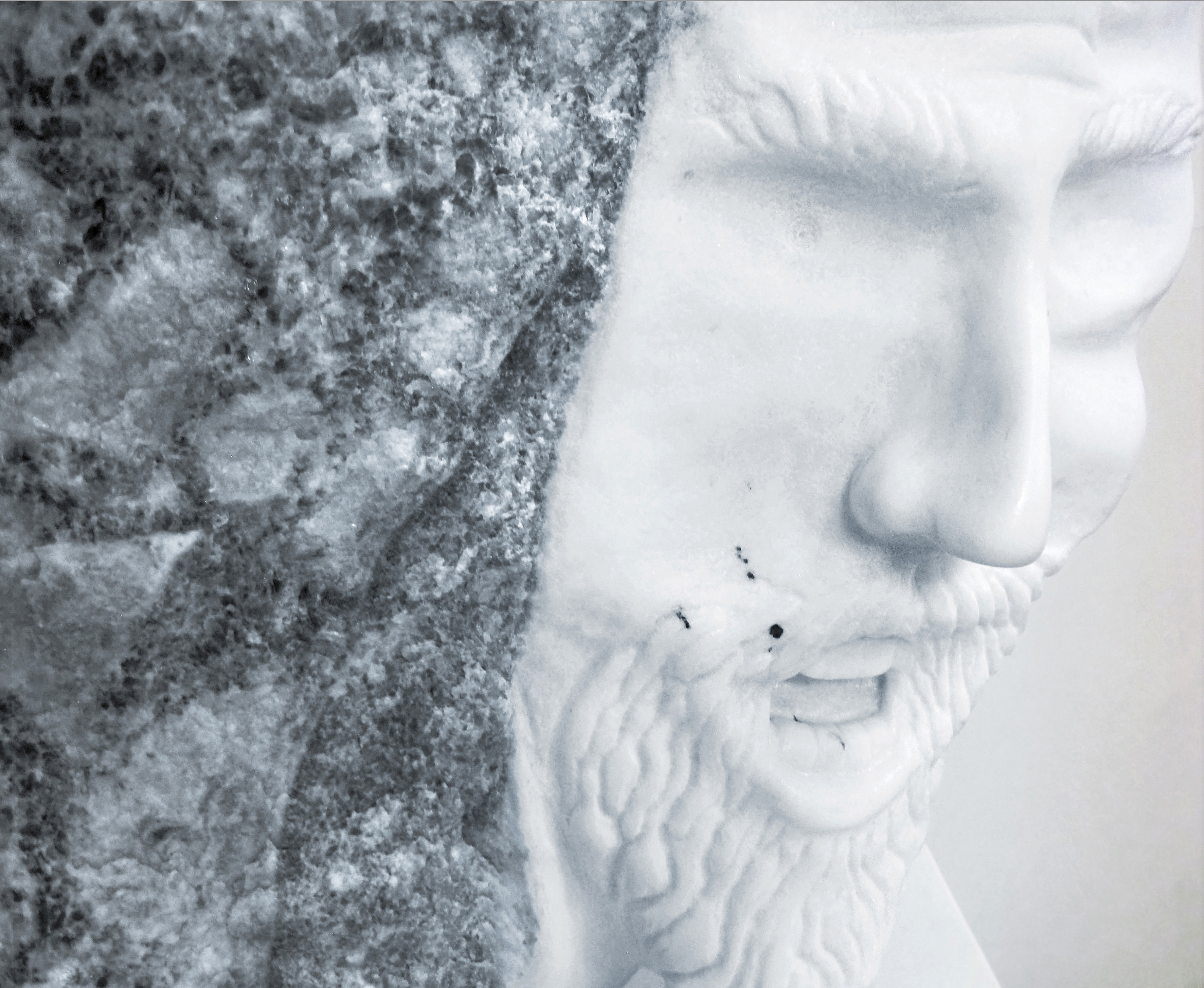 One of a kind marble fusion stone found in the high, frozen Colorado Rocky Mountains, elegantly carved into Rock Man.

Melissa Kay Hesse has had a passion for marble sculpture from way back. Her ventures to the marble quarry started her inspiration…

I am pleased to show my sculpture “Rock Man” to the world. The find is a rare 85 lb. Colorado Yule Marble oddity. To the right are letters, one from the miner who found the stone, and one from a gem expert. The photos show the front, top, under chin and the natural fused breccia contact with the marble. This stone was discovered, completely fused into one piece, on top of the of Colorado Yule Marble Quarry, frozen deep in the Mountain, four miles up from the town called Marble, located just outside of Aspen, CO. Please view on full screen and enjoy the beautiful crystal sparkle the stone naturally gives off.

I worked at the Colorado Yule Marble Quarry for 23 years. I was Superintendent from 2001-2013. I am presently Superintendent at the White Marble Quarry, AZ in Willcox, AZ. I have sold stone to sculptures and done carving myself for over 20 years. This sculpture is one of a very rare stone from the quarry that is not available to any other person and will not be quarried in the future.

2) Explanation on the marble blend…

Howdy from Guatemala and apologies for the belated reply. The dark grey colored areas of your rock represent a portion of the marble that is compositionally different (and less “pure”) than the white part. The dark color may result from higher organic carbon content in the parent rock, or from a higher clay content. You can’t tell without thin-sectioning the rock or pulverizing some and combusting it. The pattern you see in the grey (i.e., the visible white chunks seen in the various “Front view” photos….) are part of a breccia that has formed after the deposition of the initial limestone, but prior to the cooking of that limestone into a marble. These chunks are white and laminated, reflecting deposition as horizontal laminae/beds on the seafloor or lake floor… and they were later ripped up, likely after deposition and burial of the original lime-rich sediments… and then solidified with the grey matrix around them. This may have all happened relatively slowly, without much transport of the clasts, because you can see that some of them are imbricated and look like they might be fitted back together somewhat like a jigsaw puzzle.

The short version in geology-speak: Your sculpture illustrates the contact between an undeformed sugary white marble with a imbricated breccia that was potentially more carbonaceous or marly.